On August 5th, this past week, two full years lapsed since the illegal abrogation of Kashmir’s autonomous status by the fascist Modi government, in complete contravention of the Indian Constitution, applicable UNSC resolutions, and international law. Sadly, this date passed without much pomp or protest in Pakistan. Pakistan’s politics—stuck in the humdrum of menial quibbling—remained consumed by petty agendas, and paid no real attention to this date.

While petty haggling has become the norm of political discourse in Pakistan, it needs to be asked why our political leaders, from all sides of the aisle, have made no constructive suggestion about ‘solving’ the Kashmir issue. In part, this is because most (if not all) political leaders in Pakistan have still not been able to understand the constitutional underpinnings of what happened on August 5th, 2019.

To remedy the problem, let us try to review the precise framework concerning Kashmir’s annexation by India.

So, what was Article 370, and why did it matter so much? Article 370 of the Indian Constitution was the provision that endowed special autonomous status to the region of Jammu & Kashmir, and formed the basis of its accession to India, at a time when this erstwhile princely States had the choice to either join India or Pakistan, post-independence in 1947. Article 370 came into effect in 1949, and empowered the Constituent Assembly of Jammu & Kashmir, after its establishment, to choose which provisions of the Indian Constitution could be applied to the region, and also permitted the said assembly to abrogate the Constitution of India, choosing its own measures of complete self-governance instead.

Within this framework, after consultation with the Constituent Assembly of Jammu & Kashmir, a Presidential Order was issued by India, in 1954, introducing Article 35A into the Indian Constitution. This permitted Kashmir’s domestic legislature to define permanent residents of the region, specify the articles of the Indian Constitution that shall apply to Kashmir, and allowed Kashmir to make its own laws in all matters except finance, defence, foreign affairs and communications. Article 35A, referred to as Permanent Residents Law, also prohibited outsiders from buying land or permanently settling in Kashmir, while also barring female residents of Kashmir from retaining property rights, in the event that they marry a person from outside the State. In light of these constitutional provisions, the region of Jammu & Kashmir had its own constitution, its own flag, citizenship, autonomy over the internal administration of the region, and also denied property rights to those who were outsiders.

In essence, this constitutional arrangement ensured that India’s constitutional control over Kashmir was only to the extent, and in such matters, as the people of Kashmir (through their elected representatives) had chosen to accede. This ‘choice’ of Kashmiri people, exercised through the Constituent Assembly of Jammu and Kashmir, formed the only moral and constitutional basis for India’s presence in the region.

Within India’s constitutional framework, Article 370 and its consequent effects could (technically) be removed with the permission of the Constituent Assembly of Jammu and Kashmir. However, the Constituent Assembly of Kashmir was dissolved in 1957, thereby making Article 370 and its effects permanent in nature. This is not a sympathetic analysis or opinion; in fact, the Supreme Court of India, in 2018, ruled that Article 370 had acquired “permanent status making its abrogation impossible.”

Nonetheless, through a series of presidential orders, citing lack of a state government, Modi’s right-wing extremist government decided to change the language of Article 370, substituting the word “Constituent Assembly” with “Legislative Assembly” in 2018.

Even if this amendment in Article 370 could be deemed valid—requiring consent of the “Legislative Assembly” instead of “Constituent Assembly” of Kashmir, for any change in the State’s constitutional status—the same was not adhered to by the Modi government. In June of 2018, the legislative assembly of Kashmir was ousted. And on December 18, 2018 the State of Jammu and Kashmir was placed under BJP’s right-winged presidential rule, in terms of Article 356 of the Indian Constitution, thereby vesting the powers of Kashmir’s legislative assembly in the union legislature.

Importantly, Article 370(3) of the Indian Constitution stipulated that “the President may, by public notification, declare that this article shall cease to be operative” or shall be operative with “exceptions and modifications”. For this purpose, however, “recommendation of the Legislative Assembly of the State” was “necessary before the President issues such a notification.” In the instant case, since the Legislative Assembly of Kashmir was not functional, the President merely consulted his own appointee, the Governor of Jammu & Kashmir. As such, the consultation was neither meaningful, nor was such consultation a representation of the voice of Kashmiri people. India’s President consulted with himself (i.e. with a Union appointed Governor), and deemed it to be sufficient for the purposes of “recommendation” of the Kashmiri people (under Article 370(3).

In essence, Modi’s Hindutva government took the democratic rights away of at least 14 million Kashmiris, thereby making a complete mockery of the façade that was secular democratic India. Furthermore, Modi’s government split the area into smaller regions, including a Buddhist-majority Ladakh region, which has a considerable population of Shia Muslims.

These draconian measures by Modi’s fascist regime have clearly not been accepted by the local populi. To this end, anticipating the local blowback, in the weeks preceding this constitutional abrogation, Modi’s attack-dog, Ajit Doval, mobilised the Indian military to station some 50,000 troops in the region, which later grew to over 600,000 (according to Indian media reports), and cut off most telecommunication in the region.

So, does the suspension of Article 370 make Kashmir an independent State? If so, is India now an illegal occupying force in the region? Because the legitimacy of Indian presence in Kashmir predated Article 370, and the (partial) consent of the Kashmiri people, which has been abrogated.

Pakistan’s interests in Kashmir are three-fold: 1) Kashmir’s soil holds the blood of many of our Shuhadas, over the past 70 years; 2) Kashmir is a nation (it must be called that, after India’s repeal of Article 370) that has been our brother, in arms and blood, over the past seven decades; and 3) it is a place where our rivers, the very lifeline of our nation, originate. And BJP leadership has already expressed, outright, that they will attempt to shut down Pakistan’s water supply, ushering in a drought that the country cannot sustain. If this claim of BJP sounds to you like a statement of Yazid, in the battlefield of Karbala, you are not alone. And, by virtue of the same analogy, Karbala has taught us that, in such circumstances, a fight till ‘the last drop of blood’, is not only necessary, but also honourable.

Our political leaders (in the government as well as the opposition) would do well to under the constitutional matrix of Kashmir. Political rhetoric aside, only through an understanding of the underlying legal issues, can Pakistan’s polity hope to devise constructive (and peaceful) solutions for the plight of Kashmiri people. 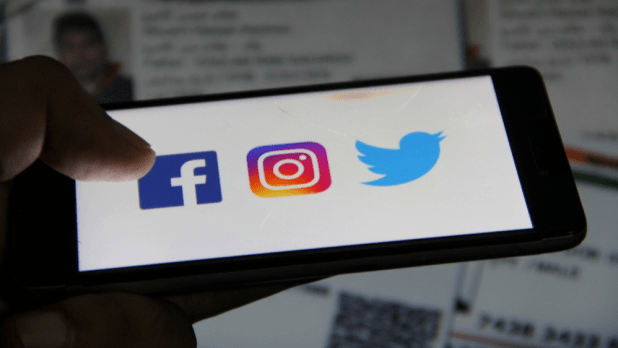